So happy to welcome Friday this week.

The hubby has been out of town all week, leaving me to fend for myself amongst the kitties.  He’ll be back today. 🙂

Luckily, I had made a big pot of Chana Masala that fed me in the evenings, lots of veggies for salad lunches, many orders to sew up, and a whole stack of audio books to listen to.

Also:  A whole new season of “Mind of a Chef” on Netflix.

I have an upcoming order for a Wednesday Addams dress, and the client and I were ironing out the final design for it.  Of course, I had about a million ideas, ranging from the very traditional to the more “out there”: 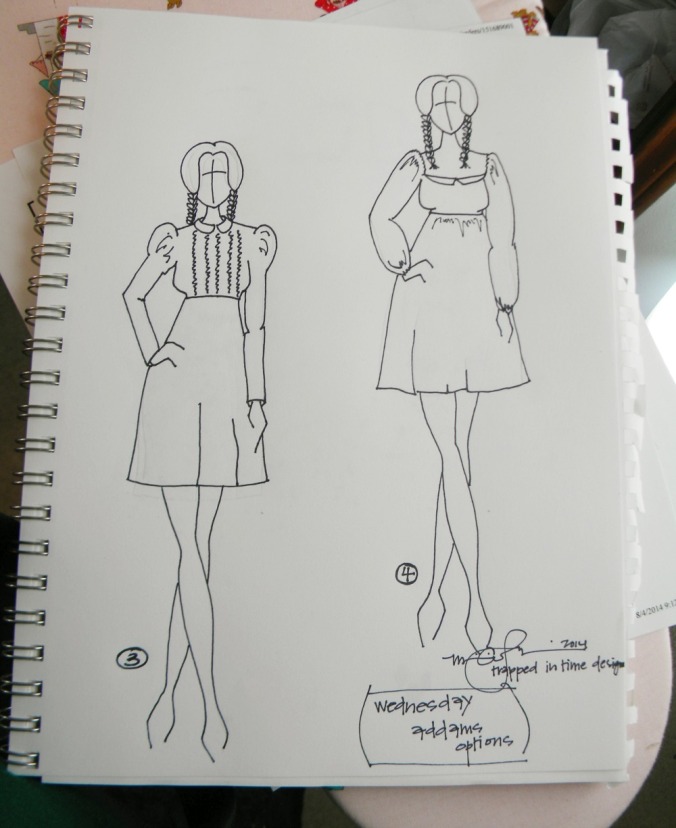 I had two back-to-back Dark Alice orders, which ended up taking up the whole week, after Monday was spent cutting and most of Tuesday was spent visiting family and running errands.

The orders shouldn’t have taken quite as long as they did.  To be fair, the first order went smoothly.  But the second one.  The second one wasn’t cooperating, resulting in me have to entirely re-work (and re-cut) the bodice.  It just wasn’t laying correctly, and there was no other option.

This isn’t the exact dress that I made, but its the same design….and I can’t access the picture I took of the one this week

So, I’m running a day behind at this point.

Lucky for me, I was running way ahead of schedule before the set-back. 😉

Today I’ll be sewing up one last order that’s cut, and cutting a few more that are waiting.

Did you watch Project Runway this week?

Loved the concept this week, but rather disappointed with the end results.  I had a really hard time picking a top 3, mainly because so much that walked that runway was dark and, honestly, kind of dull.  Not really a lot of new ideas.

Which is sad, considering this is probably going to be one of the few challenges this season where they could have thought outside the box.

A bit basic, too reminiscent of the 90s, and FOR THE LOVE OF GOD GET RID OF THAT BACKPACK, but I liked the jacket and cowl neck here.  I hate those shoes something fierce.  Are those REALLY back?  Because there are, like, 5 pairs of them on the Aldo wall this season.

This was really cool, loved it with the jacket–but I wish she’d made the jacket in some other material.  It felt too…..snuggie.  Like, I’d be wearing that fabric sitting on the couch in my pj’s.  But, the jumpsuit was really cool–and I’m a gal that HATES a jumpsuit with a fierce passion normally.

I know this is weird, and I know a lot of people are going to hate it, but I think, of all the offerings, this one fit the challenge the best, and is something NEW.  It definitely appeals to the costumer in me, and maybe that’s why I like it so much.  I still love Sandhya–while they definitely gave her the whiny-edit last week, I still think she’s the one to watch this season.  She’s the only one, so far, to really show that she has something to SAY.  She really thinks about her designs, and what she wants them to be saying, and I really respond to that.

I can’t stop staring at the models toes, hanging off those shoes, and it’s FREAKING ME OUT.

I hate toes, and I hate women who wear sandals too-small for them.  GO UP A SIZE, LADIES.  There’s no shame in it.

Okay, they’re out of my direct line of sight now.

Listening to this week:

I’m a Christie-addict.  I go through the collection and start all over.  I just don’t get tired of listening to them. 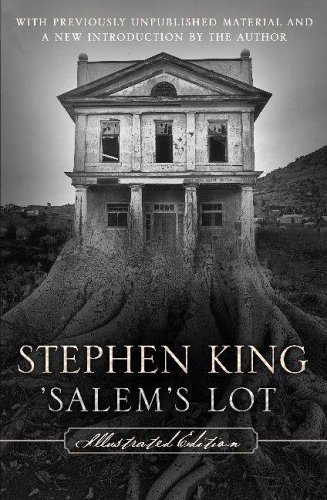 I read this back in…..high school?  Junior high?  I was a huge King fan (and Anne Rice).  I’ve been listening to a lot of the books I read back then, and it’s fun to remember the stories, but to understand them on a whole different level now.

I really enjoyed this, but I spent half the book yelling at the main character because she was SO. DAMN. STUPID.

I don’t think it’s a good thing that I was vehemently hoping she’d bite it before the end.

Well, that’ was my week–hope yours was good, and I’ll see you Monday!