This week has flown by, and I haven’t accomplished 80% of the things I wanted to accomplish.  I guess weeks like this happen every once in awhile, right?

This week, I’ve been:

Finishing up work in the photography/shipping studio (still more to do): 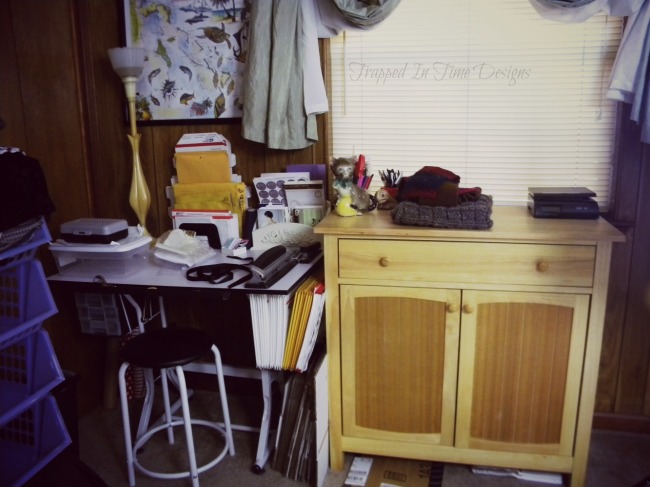 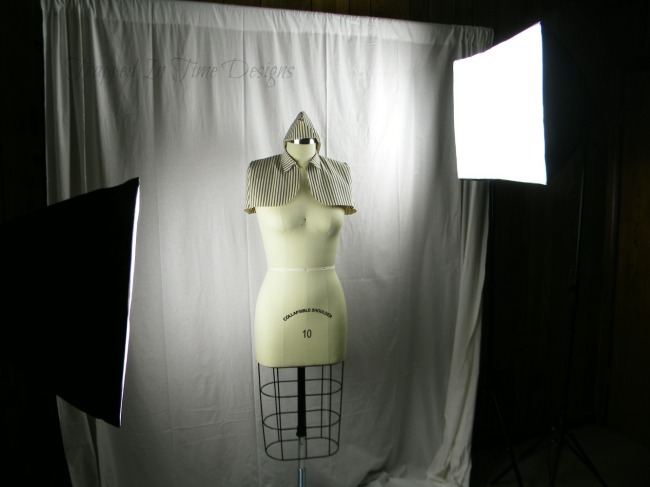 Working on new patterns that will be used in an editorial shoot scheduled for next week (!!!), and that will be offered in the shop after that.  I first made them in a heavy ticking, as that’s what I had on hand, and I didn’t want to cut into the nice (and expensive) wool I have that will be what the final results are made of: 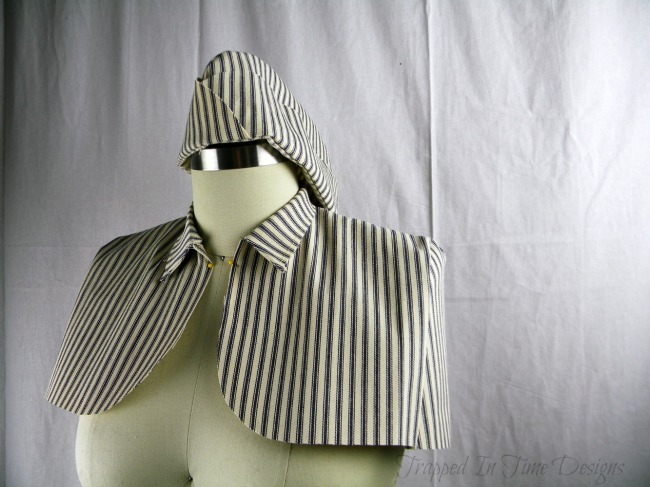 I love both the hat AND the capelet.  *swoon* 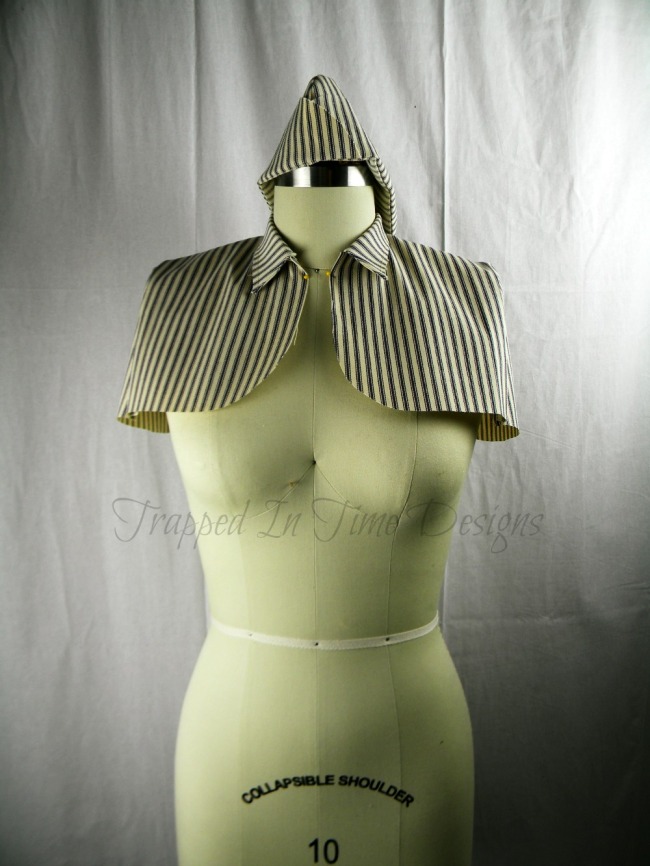 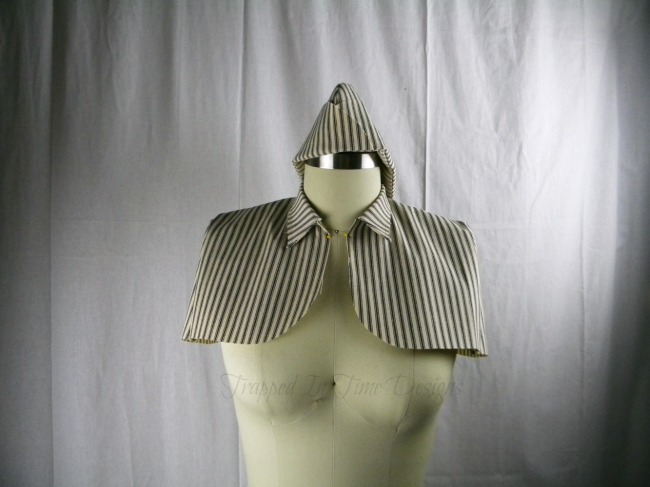 Working on a pair of knit boot toppers that may or may not be part of the same shoot: 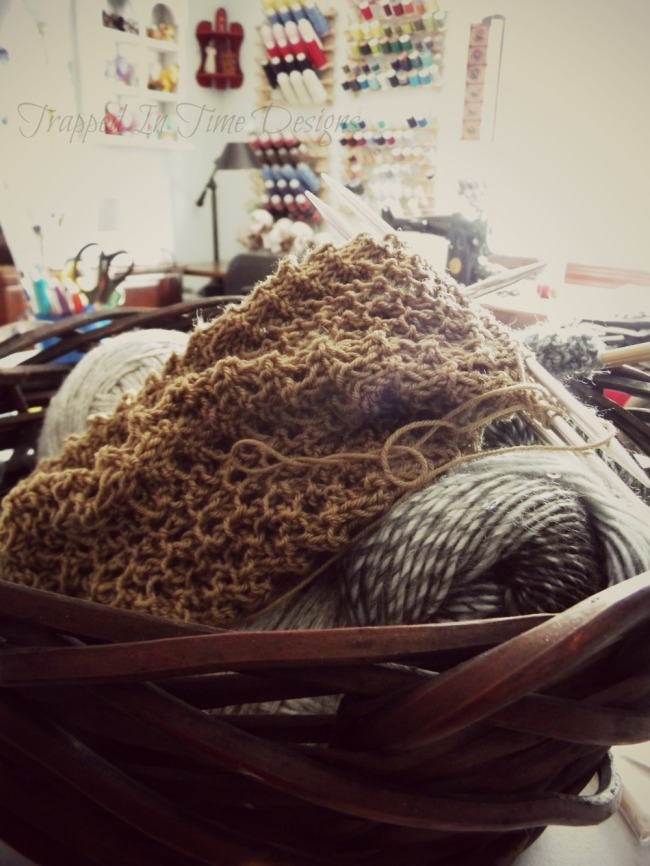 I really need to learn to crochet.  It goes so much faster.

I’ve also been working on a new costume, which means combining 3 different existing patterns into one, and changing them rather extensively along the way.  But, in the end, I’m hopeful that I’ll have a new full costume to offer on a made-to-order basis: 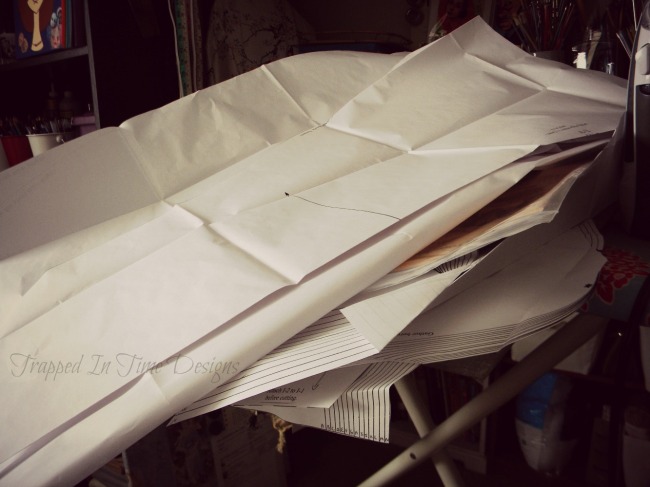 All this in the midst of a few orders and an intense desire to cook big dinners with lots and lots of veggies.

I always mean to snap pictures of my cooking, and prep, and final results.  But my pictures never come out as lovely as food bloggers’, and my kitchen isn’t NEARLY as lovely.  I really need to get on the kitchen re-do that I’ve had scheduled in my head since we moved in.  FIVE YEARS AGO. 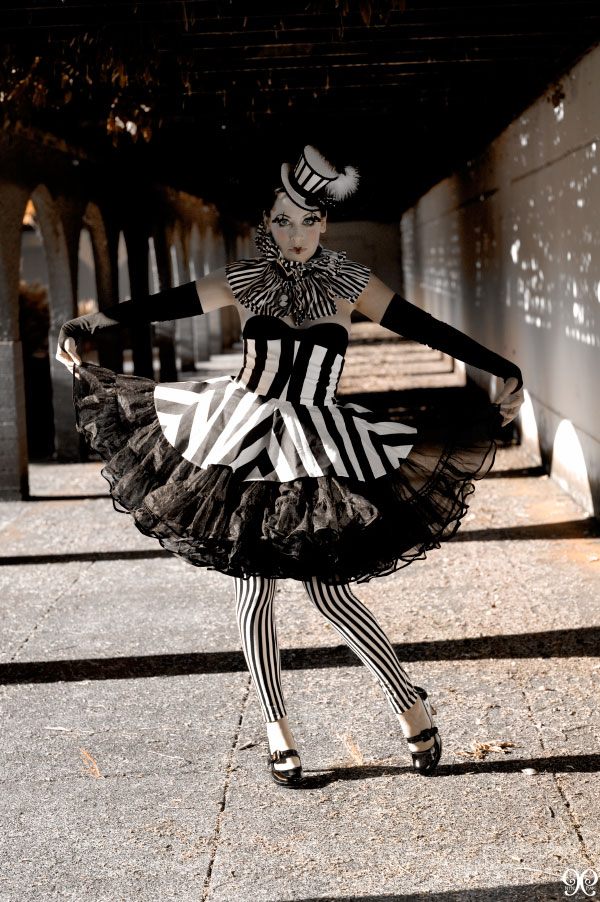